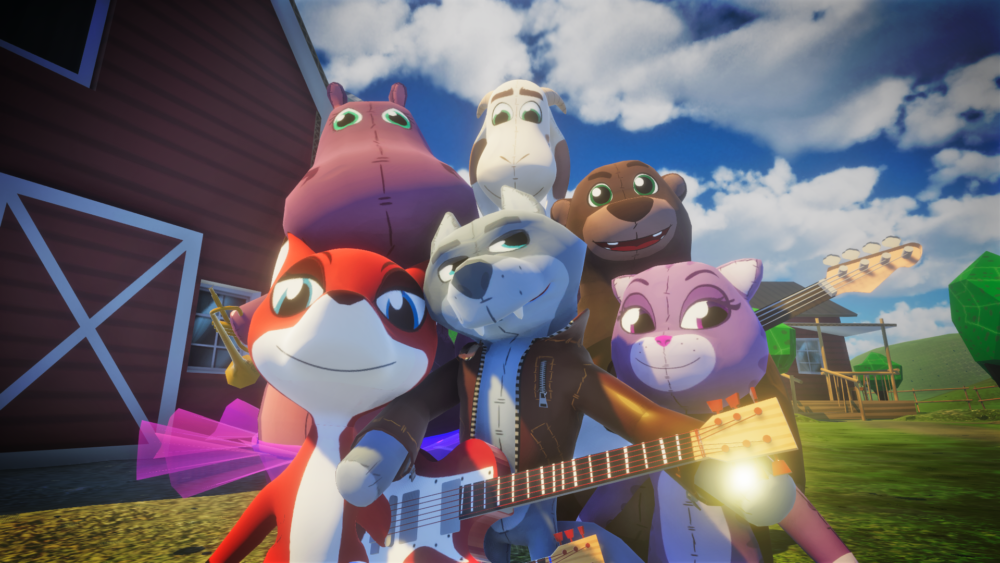 Nursery Beats is a passion project. We are a group of six friends that have started to work together. Our team consists of teachers, a graphic designer, composers, and programmers. We watched a million kid’s songs with our little ones and came to a conclusion that these tunes could use a little bit of spice up. Therefore we decided to recreate these nursery rhymes in different modern music styles in a way to be joyful to everyone, young and old.

The ideas come from our own children and the children in our surrounding. We have noticed that children whose parents strive to introduce as many musical styles as possible to their little ones are not at all fond of the music they’re supposed to enjoy according to traditional expectations. For this reason, we came up with the idea to create a compendium of modern musical trends for preschoolers and schoolchildren based on the well-known tunes. So our music and videos can be regarded as style exercises.

At Nursery Beats, we are confident that our music videos will not keep the kids glued to the screen but will get them up off their feet dancing. The role of music and dance cannot be overemphasized. When we imagine the target audience of Nursery Beats, we see our sons and daughters in front of us begging for another song and dance before bath time. Nothing can replace these moments we spend together listening to music and dancing.

We make two kinds of videos: music videos and short sketches. The characters in our stories are toy animals who live in a world the scenery of which can even be built by the children themselves on the floor of their room. Houses and trees are made of (virtual) cardboard, the lighthouse is made of paper cups, and so on…

Few people think about what messages these rhymes, which have been heard millions of times, convey and what interpretational opportunities they provide. Let’s take for example the song “Incy Wincy spider”. This is a similar story to that of Sisyphus, the high priest of persistence. Music and videos send out messages beyond language teaching. This year we are participating in the European Union AVAL (Added VALue Learning for Preschool Teachers & Pedagogical Coordinators) program. It is an eight-country program that prepares curricula for kindergartens, which teachers can freely download and use to talk to children about topics that can be difficult to grasp, such as democratic values, environmental awareness, or ethnic issues. We create music videos for the curriculum developed at the Budapest University of Technology and Economics.

Nursery rhymes are actually available in many versions on YouTube. What makes our videos different from the rest is that we focus on music much more than the others. We think there is no point in talking about kid’s and adult’s music. Research has shown that children develop their tastes very early, and many things that we would not consider at first glance to be children’s music actually is. Most of the English songs on YouTube are done in a similar style. We would like to offer something new.

Find out more or adjust your settings.

This website uses cookies so that we can provide you with the best user experience possible. Cookie information is stored in your browser and performs functions such as recognising you when you return to our website and helping our team to understand which sections of the website you find most interesting and useful.

Strictly Necessary Cookie should be enabled at all times so that we can save your preferences for cookie settings.

If you disable this cookie, we will not be able to save your preferences. This means that every time you visit this website you will need to enable or disable cookies again.

This website uses Google Analytics to collect anonymous information such as the number of visitors to the site, and the most popular pages.

Please enable Strictly Necessary Cookies first so that we can save your preferences!